If you have a teenager who is yet to decide what they want to try before they grow up, here is an inspirational story they may want to read.

We have a number of businesses that provide support and mentoring for our team including those involved our work experience program.

One of the Mentors that Chris has had an opportunity to work with and learn from has been john Phillips. He has played a very supportive role with both of Chris’s qualifications.

As the CEO and also a Trainer/Assessor, Chris instantly caught my eye with his “go get it” type attitude to technology and websites. At the time I thought I had a good website and was pretty proud of the fact that I could update it. Now……. don’t get me wrong we had to rein him in on a number of occasions as he wants to do things today without looking at the security or other access and usability implications. In fact I remember him launching our new website way to early and he didn’t take a back up. But we had a plan B and more importantly Chris was able to learn the importance of planning and being patient.

Once we launched the new website early in 2010 I realised how primitive my old site was. Not even 12 months later Chris has created yet a better website allowing for growth and advances in technology and has learned a greater degree of skills in many areas allowing for a much better product. He has also learned how to work better with people not just technology and has grown into a wonderful young man with some great skills that have now seen him accepted into a Bachelor of Software Engineering.

In August this year Chris was also invited to the Google office in where he was able to contribute some of his skills and learn what it would be like to work with such an elite group of IT experts. He was blown away by the experience and I also think it ignited his motivation and drive to really go for what he wanted in a career path as well as was he is truly passionate about.

Here is what Chris had to say:

From College to University

At the end of college I always knew what I wanted to do, but I didn't know how I would go about doing it this involved having a Gap Year and then going to University to complete my Bachelors of Software Engineering then I discovered Mantra Training & Development, after initially completing work experience I was offered a

job by the CEO Donna, to Continue working on the Mantra Training & Development website and be part of the team.

An entire year later, the experiences I have had, the people I've met, the skills I've gained, and the qualifications I have achieved are amazing to say the least. To put this into perspective I never anticipated what I have achieved in such a short time. It truly has been a incredible year and a great start to both my personal and professional life. I now look forward to an exciting future as I know anything is possible.

support to enter University with my new Journey will begin in February 2011.

I will continue working with Mantra Training & Development and assist them in growing their organisation into one of the best RTO’s in the ACT, and help Mantra generate more pathways and opportunities for it's students, staff, and trainees.

I would like to give special thanks to two people, Donna & John. You have parted with some tremendous skills that I will use for through out University and the rest of my life. Thank you....

Posted by Mantra Training & Development at 1:01 PM No comments: 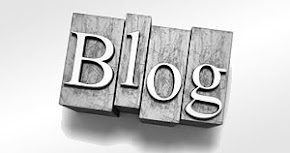 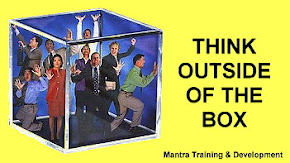 How many professional development or continuing education courses have you taken in the last two years? 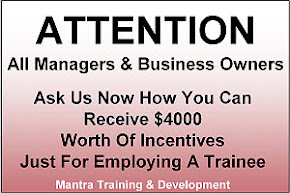 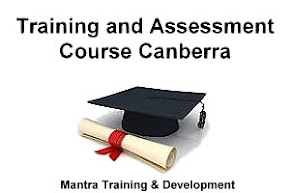 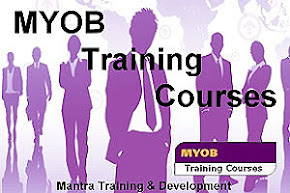 "...Government funding to employ a trainee seemed just a little too good to be true but thanks to Donna and her team we are under way and now looking at employing a further two trainees..."

"...Completing a certificate in training is something I have wanted to do for a while, so when the opportunity to participate in a government funded Certificate IV in Training and Assessment came up, I jumped at the chance.
I look forward to undertaking additional training at Mantra Training & Development in the future..."

"...As we are a new business, we were hesitant and not expecting Government benefits to apply – Donna stepped up and explained the entire process so now we only have to employ a trainee, and Mantra Training & Development takes care of everything else..."

"...Mantra Training & Development have provided an exceptional facility in which to undertake this course. The instructor was able to articulate and clarify often obtuse concepts and structures, and has provided me with support throughout the course well beyond my expectations.
I look forward to undertaking additional training at Mantra Training in the future..."

"...I found the experience of completing the Certificate III in Business Administration Traineeship very enjoyable as I could work on it in my work place. It helped me to understand my role in the workplace and also helped me to learn new skills to bring to papercut. I am now more educated in workplace practices and am thankful for the experience to be able to learn more.
All the staff at Mantra were very helpful and reliable throughout the process and I am pleased to have worked with them ..."